I had a Ham Steak in the Freezer and some Yukon Gold Potatoes in the pantry and thought why not make a Scalloped Potato and Ham Casserole.  I have never made one before and it sounded really good on what had been a snowy and cold day!  My friend Janet sent me her Mother's recipe and I looked at a few others and came up with the below recipe! 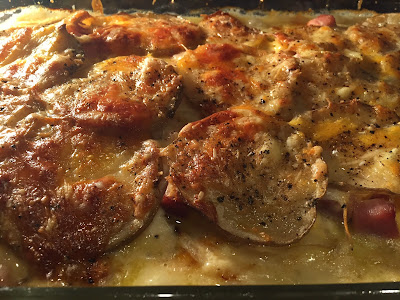 In a saucepan, melt 4 tablespoons butter over medium high heat. Stir in flour and cook for 1 minute. Remove saucepan from heat and whisk in milk.

Return pan to heat and bring to a simmer while stirring. When sauce has thickened remove from heat, season with salt, pepper and cayenne and set aside.


Spread 1/3 of the white sauce in bottom of baking dish and top with half of the potatoes. Spread out half of the onions, ham, cheese and another third of the sauce.

Season with salt and pepper. Continue layering ingredients, ending with the remaining cheese on top.

Bake for an hour or until golden and bubbly. 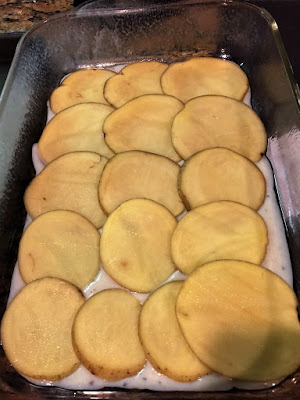 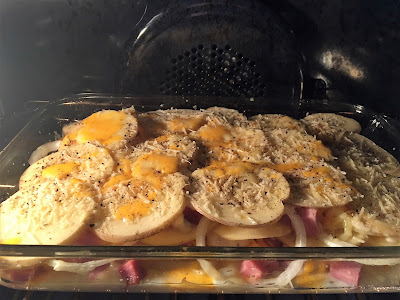 Email ThisBlogThis!Share to TwitterShare to FacebookShare to Pinterest
Labels: Potatoes, Side Dish